In 2016, British photographer George Georgiou photographed people lining the streets of big cities and small towns across North America. The people were watching, or waiting for, parades. The resulting series of photographs traverses 14 states, 24 cities and 26 parades in the year Trump was elected US President.

The mass gathering of people feels like a distant memory, a reminder of life before COVID. Amidst scenes of togetherness and apparent community harmony, moments of boredom, difference and suspended tension emerge, revealing the unity and fracture of American society.

This artwork is presented by Photo Australia and the Metro Tunnel Creative Program for PHOTO 2021.

His work is featured in the collection of the Museum of Modern Art, New York and the Sir Elton John Photography Collection. Awards include The British Journal of Photography project prize, two World Press Photo prizes and Pictures of the Year International first prize. He has produced three monographsL Fault Line/Turkey/East/West, Last Stop, and Americans Parade (shortlisted for Aperture/Paris Photo Best Photo Book 2019). 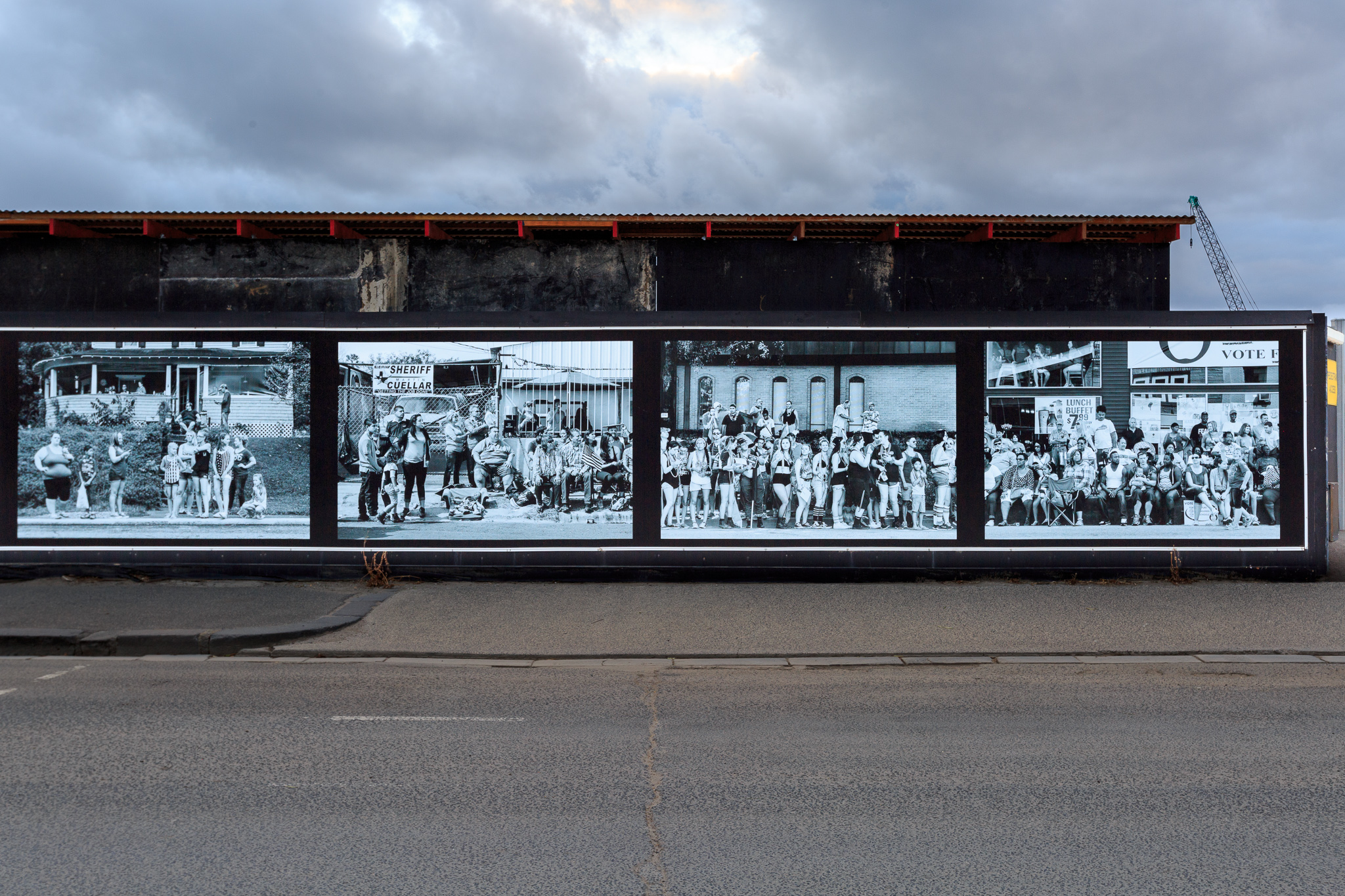 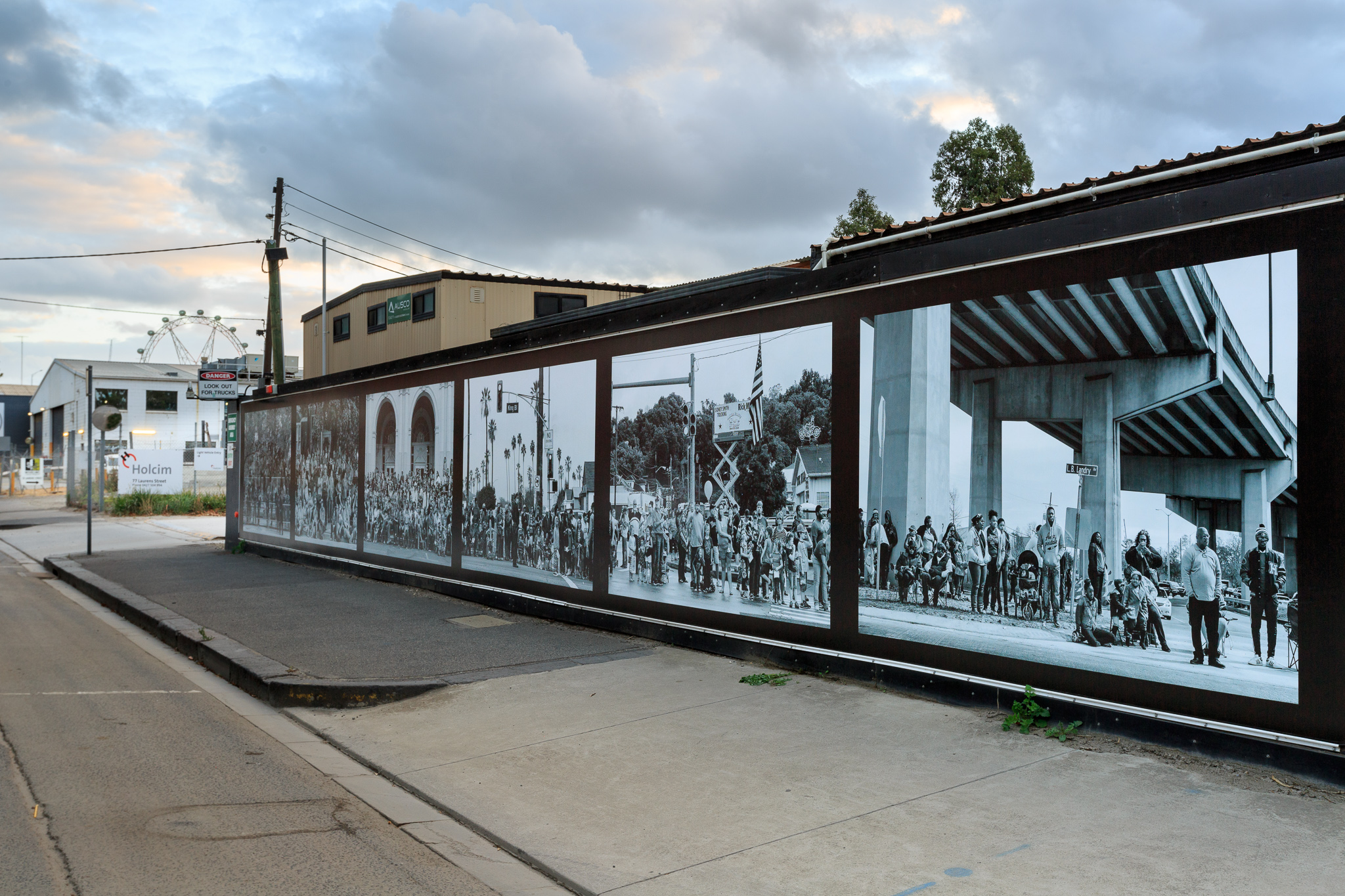 An artwork inspired by the act of digging, abstractly representing detritus and archaeological artefacts uncovered during the Metro Tunnel Construction, was installed at the Arden Station precinct on Laurens Street.

Spencer Harrison is a visual artist who uses the language of abstraction to investigate the relationship between humans and the world around them, drawing on ideas from science, philosophy, play, mysticism and the natural world. 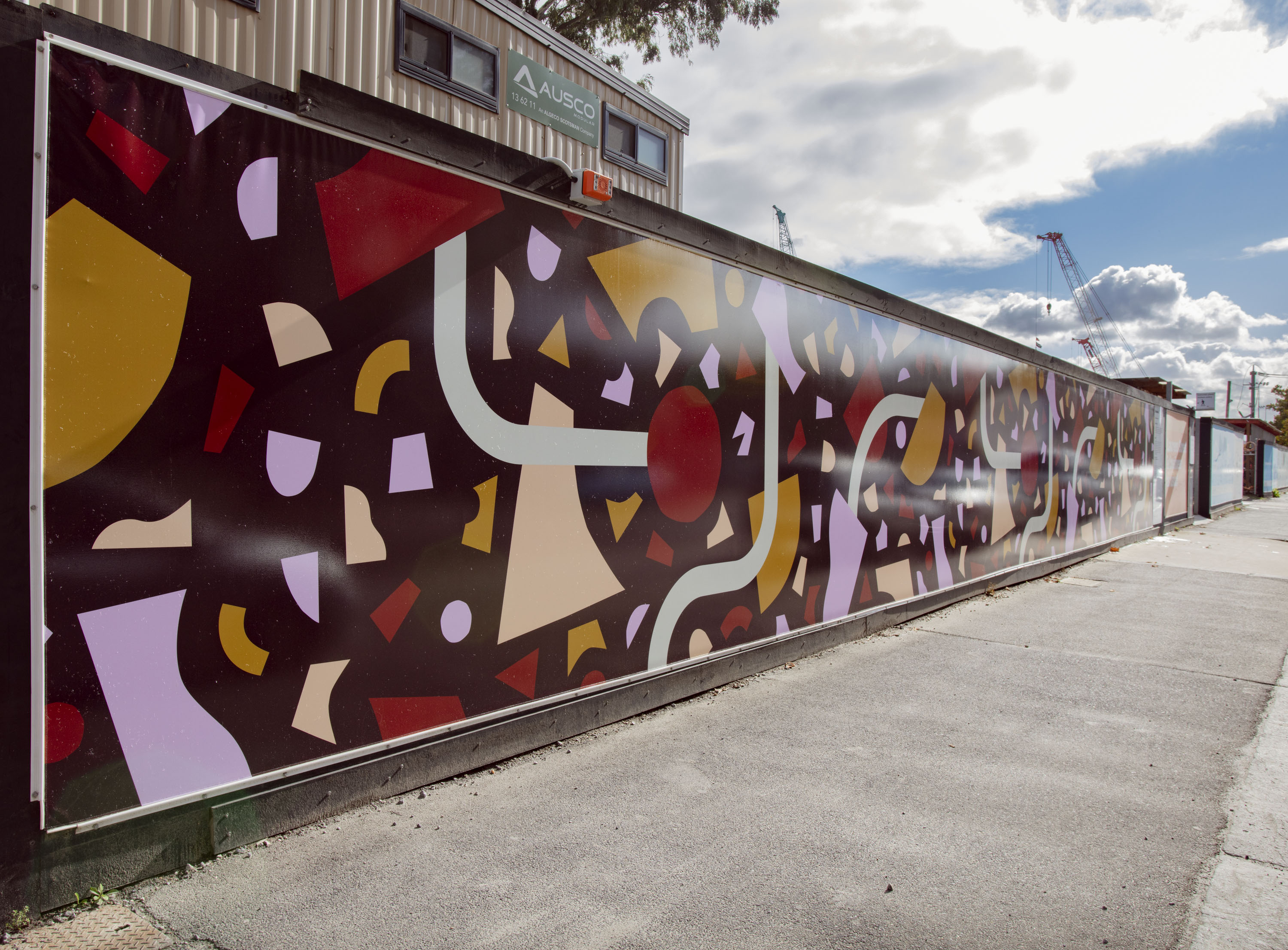 To celebrate the imminent launch of our first tunnel boring machine (TBM) from the site of the new Arden Station, Rail Projects Victoria and the Metro Tunnel Creative Program provided an on-site activation allowing ticketed tour participants the opportunity to expand their tour experience with photo moments, educational material and children's activities. 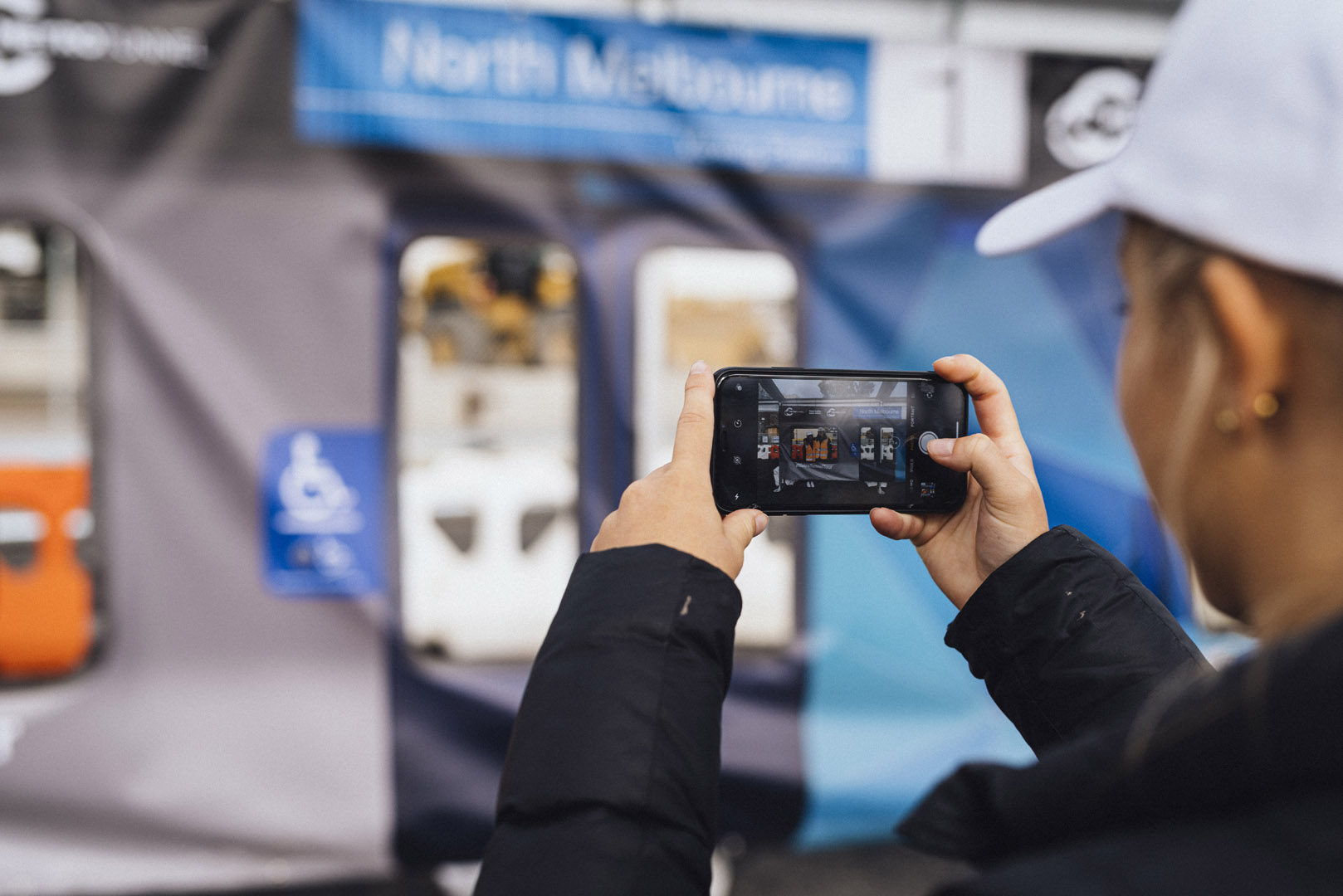 Artwork from Brisbane's Sofles featured at our Arden Station precinct. This work showcases a visual timeline through the decades of Melburnians walking through the city. It shows the commuters of Melbourne going forward in movement, time and progression.

In 2017, Justine was chosen to have her artwork featured on a tram as part of the Melbourne Festival and she has painted many walls in the CBD. Justine currently has had works displayed in Melbourne Central, outside the entrance of Rod Laver Arena, in GG EZ bar and also in Flinders Lane for the Grand Hyatt Hotel.

This work was selected as one of the successful submissions from an open expression of interest commissioning process.

Justine McAllister is a Melbourne-based illustrator and muralist. Her works are often based around a sense of character surrounded by vibrant texture, pattern and design. Originally trained in Fine Arts, she has since transitioned into the world of design and now devotes her time to large-scale projects and mural painting. 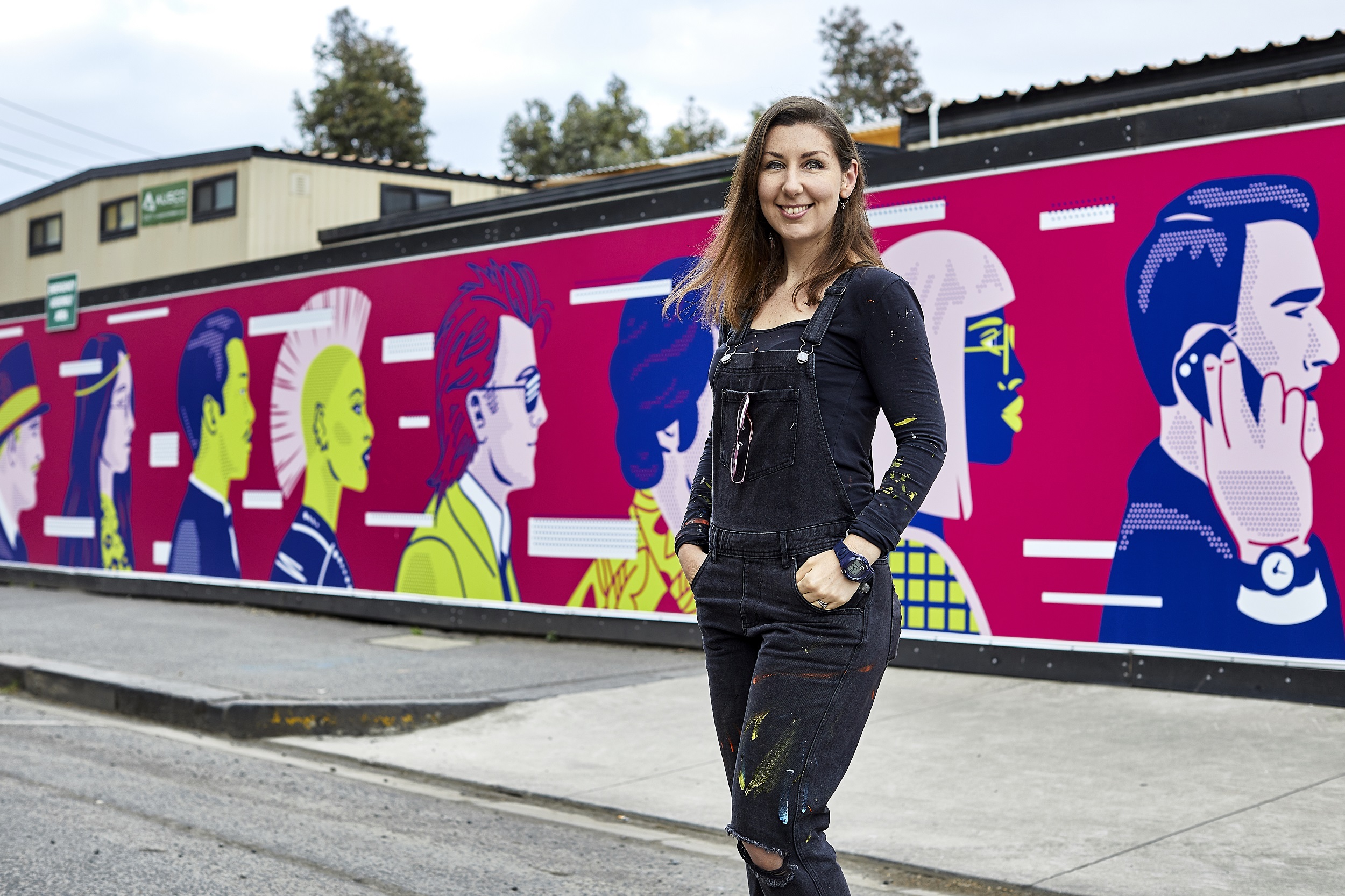 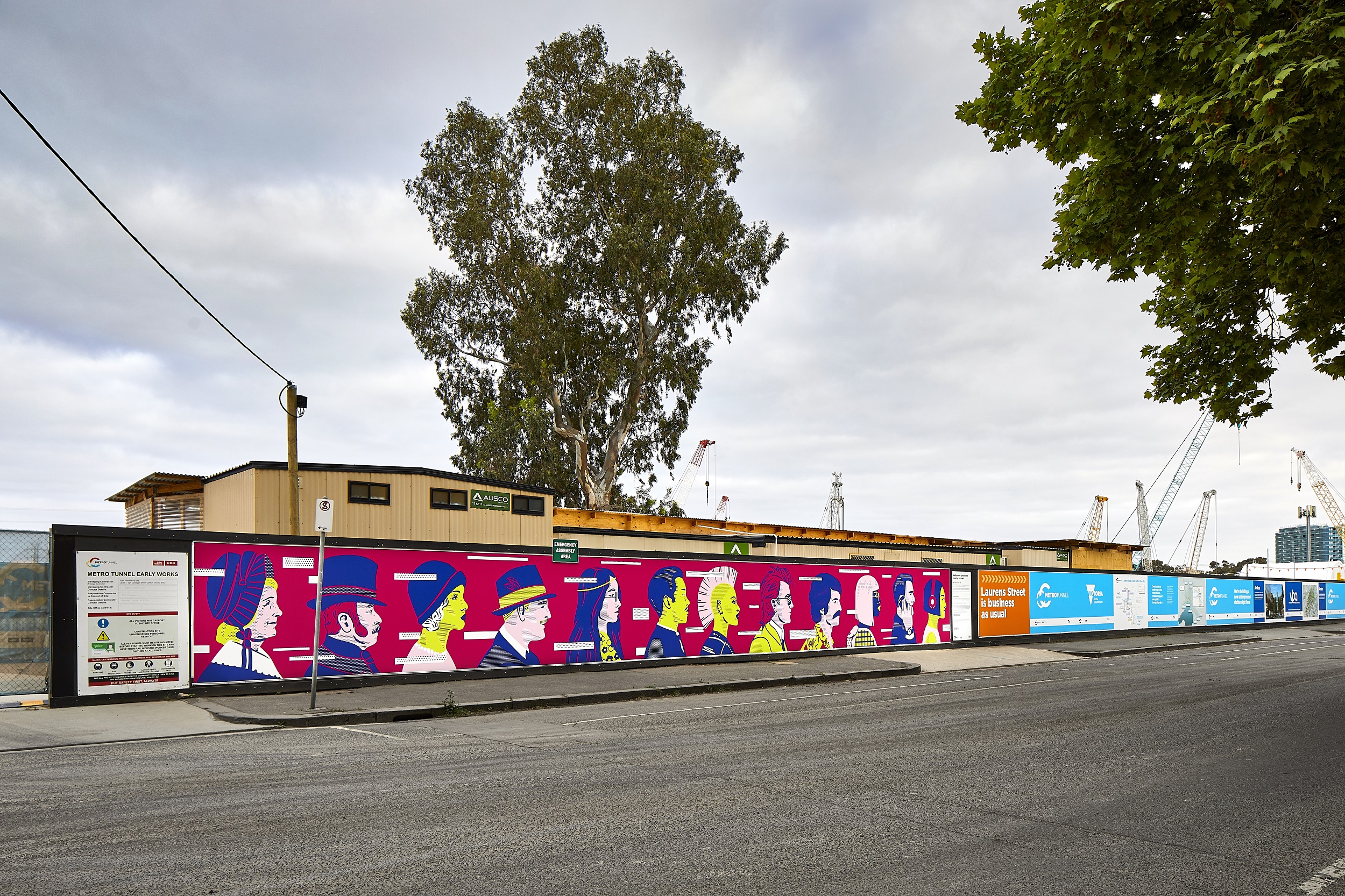