The Metro Tunnel Creative Program collaborates with, sponsors or presents artworks at a range of cultural events in Melbourne. 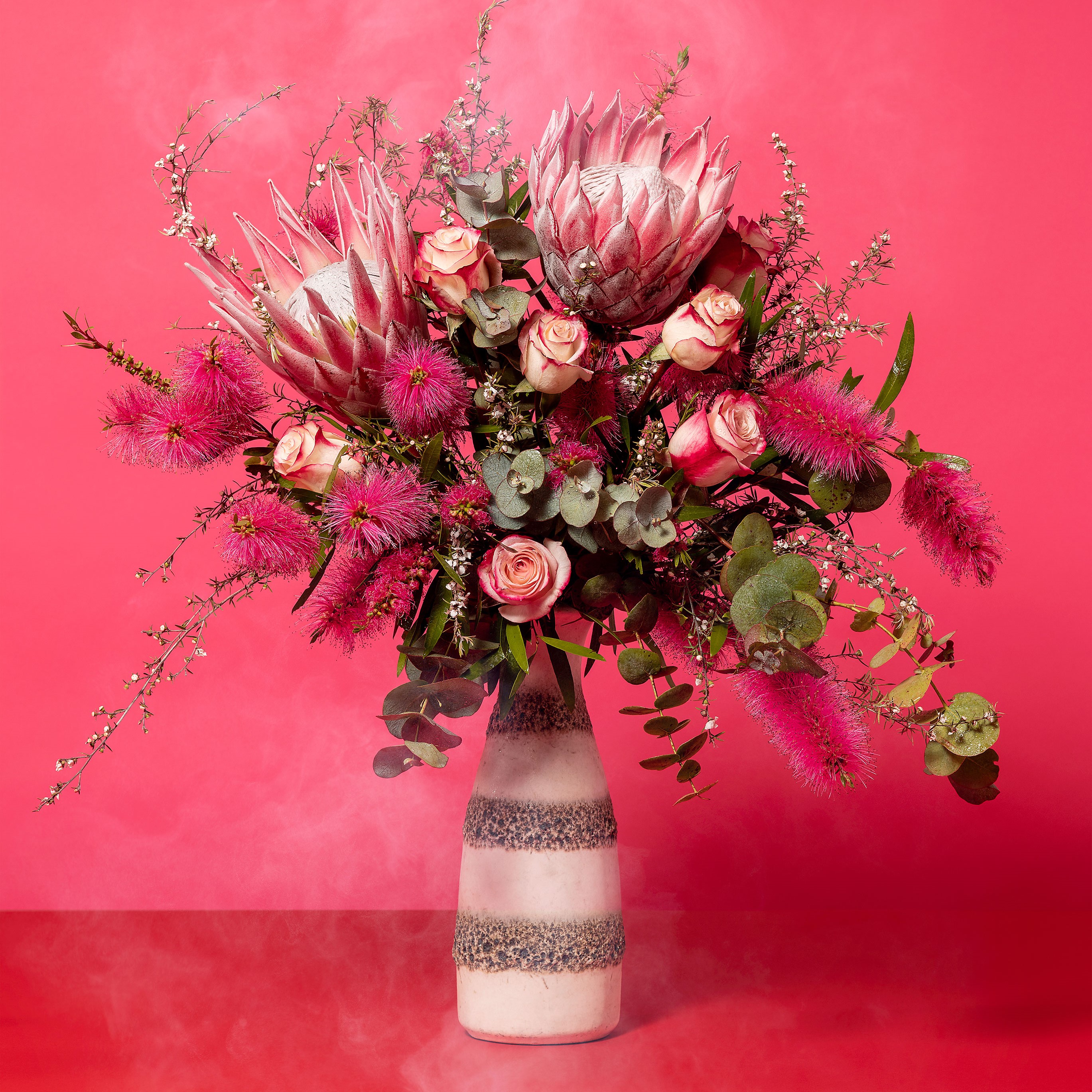 PHOTO 2021 International Festival of Photography and the Metro Tunnel Creative Program have partnered to present more than 500 metres of photographic art in the city as part of the new festival.

The Metro Tunnel Creative Program's free program of works at the festival features works by 18 local and international artists, displayed on our construction hoardings. Collectively, they form an immersive, citywide trail of photography that can be experienced at any time during the festival.

Responding to the theme The Truth, most of these artworks were commissioned especially for the festival, or are being presented exclusively in Australia by the festival.

Since 2018, the Metro Tunnel Creative Program has proudly sponsored the Koorie Heritage Trust by presenting the 2D Award at the annual Koorie Art Show. The winning artworks are exhibited on our construction hoardings.

Peter Waples-Crowe's Mirrigang Days won the Metro Tunnel Creative Program 2D Award at the Koorie Art Show in 2019. We displayed the work at Federation Square in 2020. 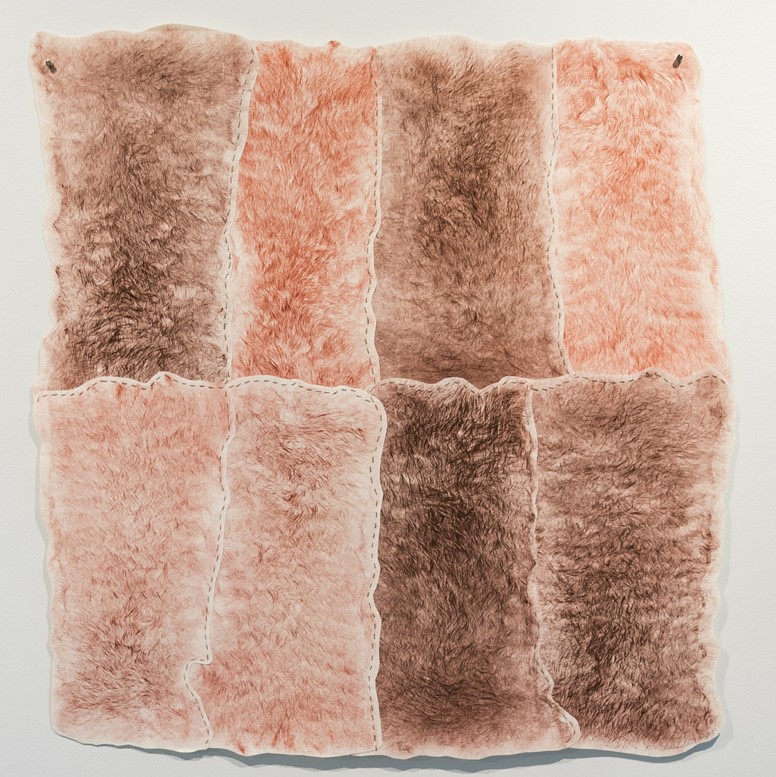 During Open House weekend on 27 and 28 July 2019, the Metro Tunnel opened its Parkville construction site to the public. Ten tour groups totalling 150 people learned about our construction activities including the excavation of the station box. The event was presented by the Cross Yarra Partnership and Rail Projects Victoria. 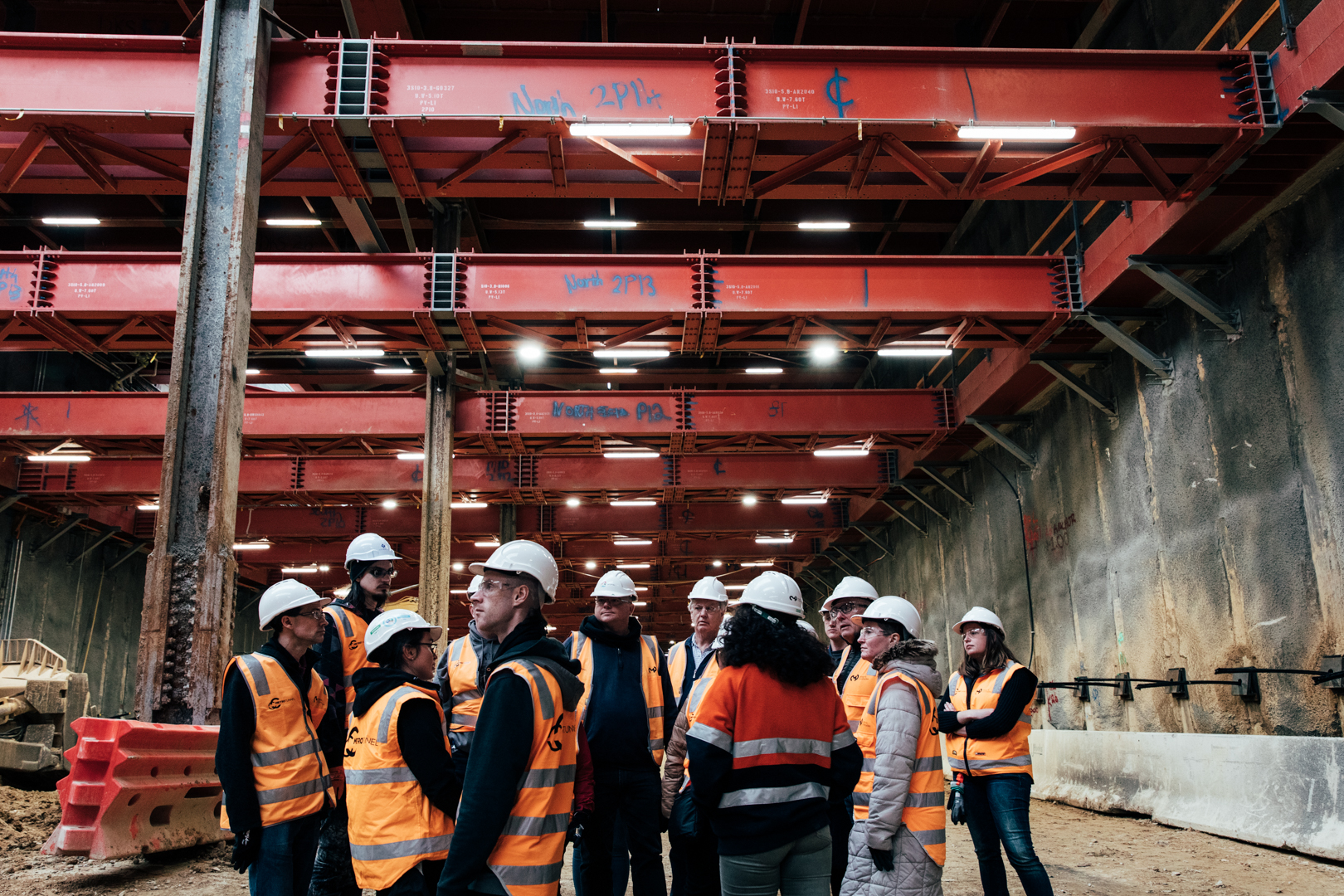 'This is Public' podcast

In May 2019, supported by the Metro Tunnel Creative Program, Open House Melbourne launched a podcast called This is Public. It asked big questions about the future of our city, with a focus on built and natural environments and the people who shape them.

Hosts Emma Telfer (Open House Executive Director) and Sally McPhee (Open House program collaborator) saw the podcast as an opportunity to more publicly share the stories, ideas and issues being addressed in the Open House Melbourne program. It was an apt fit for the Metro Tunnel Creative Program's 2019 theme of ‘Storytelling’.

The first episode of This is Public documented Open House Melbourne’s special Waterfront program for Melbourne Design Week 2019, and included an interview by Paul Thomas from Rail Projects Victoria explaining how the Metro Tunnel Project will navigate complex tunnelling under the Yarra.

DISRUPT, by Alex Hotchin, RMIT University and STREAT, was a storytelling project and exhibition which mapped the stories of Melbourne. It was an ongoing collaboration and a living artwork, made possible by a series of creative writing workshops in 2019. During Melbourne Knowledge Week, passers-by could watch the story map unfold with 'story litter' – an archive of found texts, spotted and collected from city streets by STREAT, a social enterprise dedicated to helping homeless and disadvantaged young people.

Melbourne Knowledge Week is a City of Melbourne initiative encouraging people to explore ideas and take action about our future through seven days of talks, workshops, performances and celebrations. 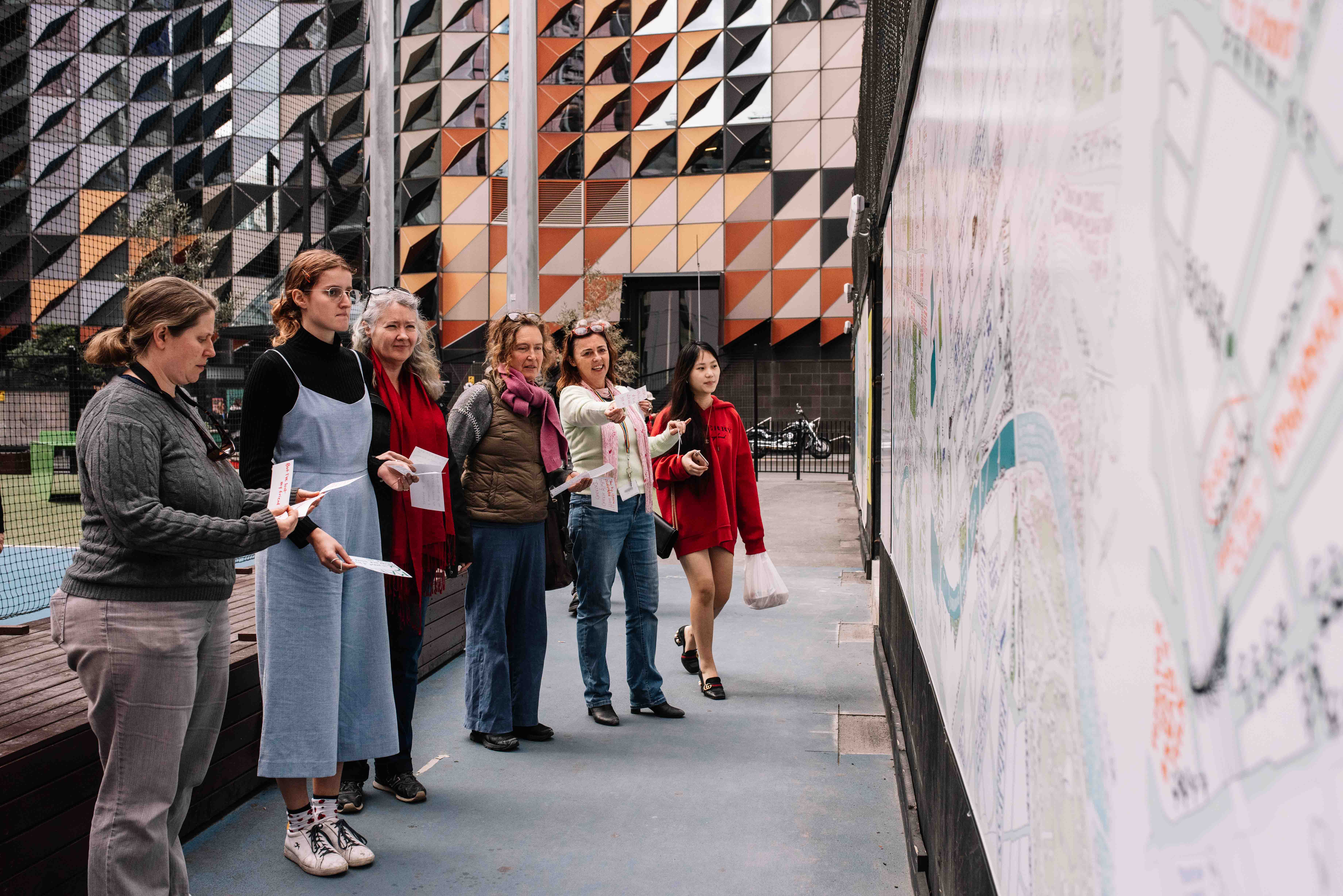 From December 2020 to February 2021, the Metro Tunnel Creative Program and Melbourne Music Week presented an artwork and playlist, Home Made Sound, showcasing songs written by local artists during the COVID-19 lockdown.

Tunnel / Vision provided an innovative way of interpreting the Metro Tunnel project by taking the sounds of construction and reinventing them for a new audience. In November 2018, local musician Bonnie Mercer and Sound Engineer Lisa Rae Bartolomei recorded the noises of piling and excavation at Metro Tunnel construction sites. The end result was a two-hour performance at Melbourne Music Week, held in The Cube at ACMI.

Tunnel / Vision began with an ambient soundscape, while multi-media graphics designed by digital artists Sar Ruddenklau and Simon Burgin displayed on the walls. The graphics were programmed to respond to the noise. A microphone in the room proved popular, with children shouting and clapping to influence the changing images.

The second half of the performance featured Bonnie playing experimental rock guitar with Tom Carlyon from Melbourne band Time for Dreams. As part of the project, the creative team collaborated on a music video: