In 2019, the Metro Tunnel Creative Program ran workshops with numerous organisations across the Parkville precinct to come up with a theme that resonated with all institutions in the area. The organisations agreed that showcasing the precinct’s ‘unsung heroes’ would be a great way to share some noteworthy stories that people may not have heard.

Around 20 organisations contributed information, and these were turned into stories by local writer Sonja Dechian. The stories were then given to local illustrators who engaged with the written pieces to bring them to life in their own creative way.

The organisations who participated were:

The illustrators who designed the artworks are:

Four of the stories feature the women for whom our tunnel boring machines were named after.

These artworks are now on display on the construction hoardings in Grattan Street around the Parkville Station site. 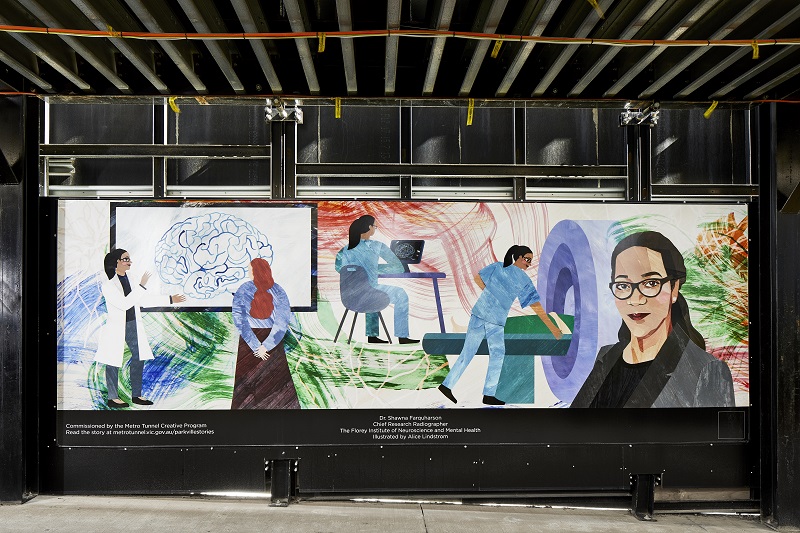 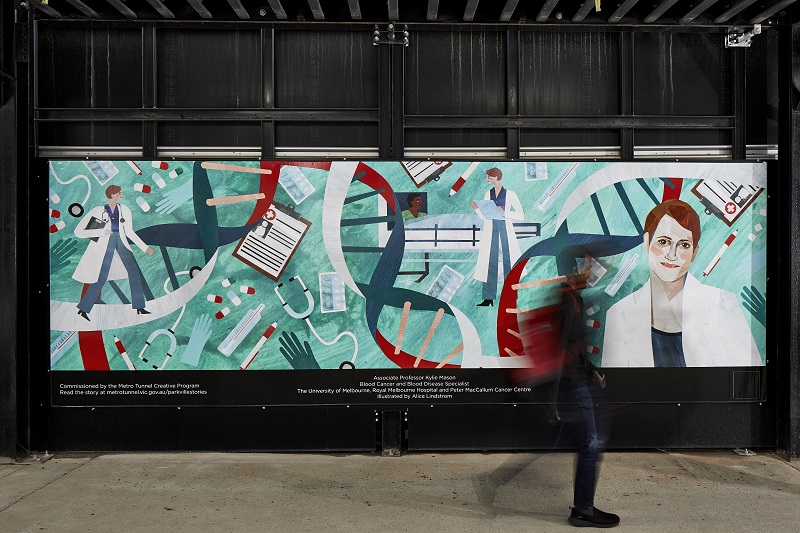 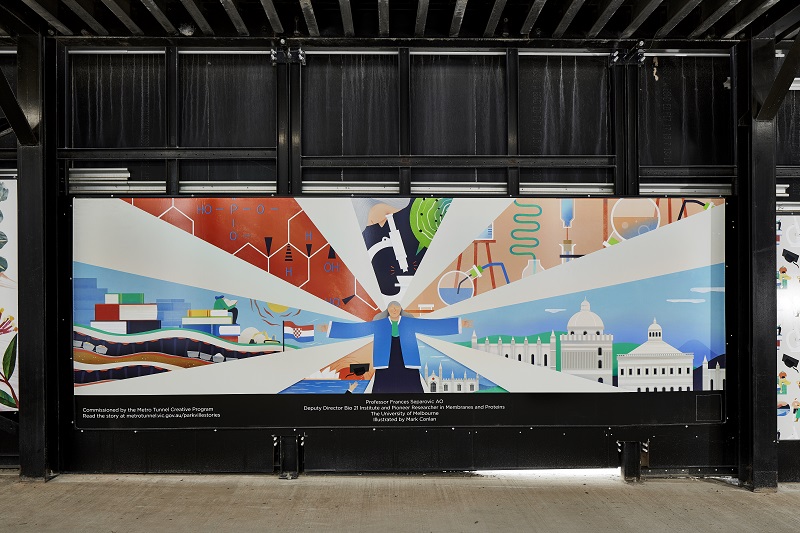