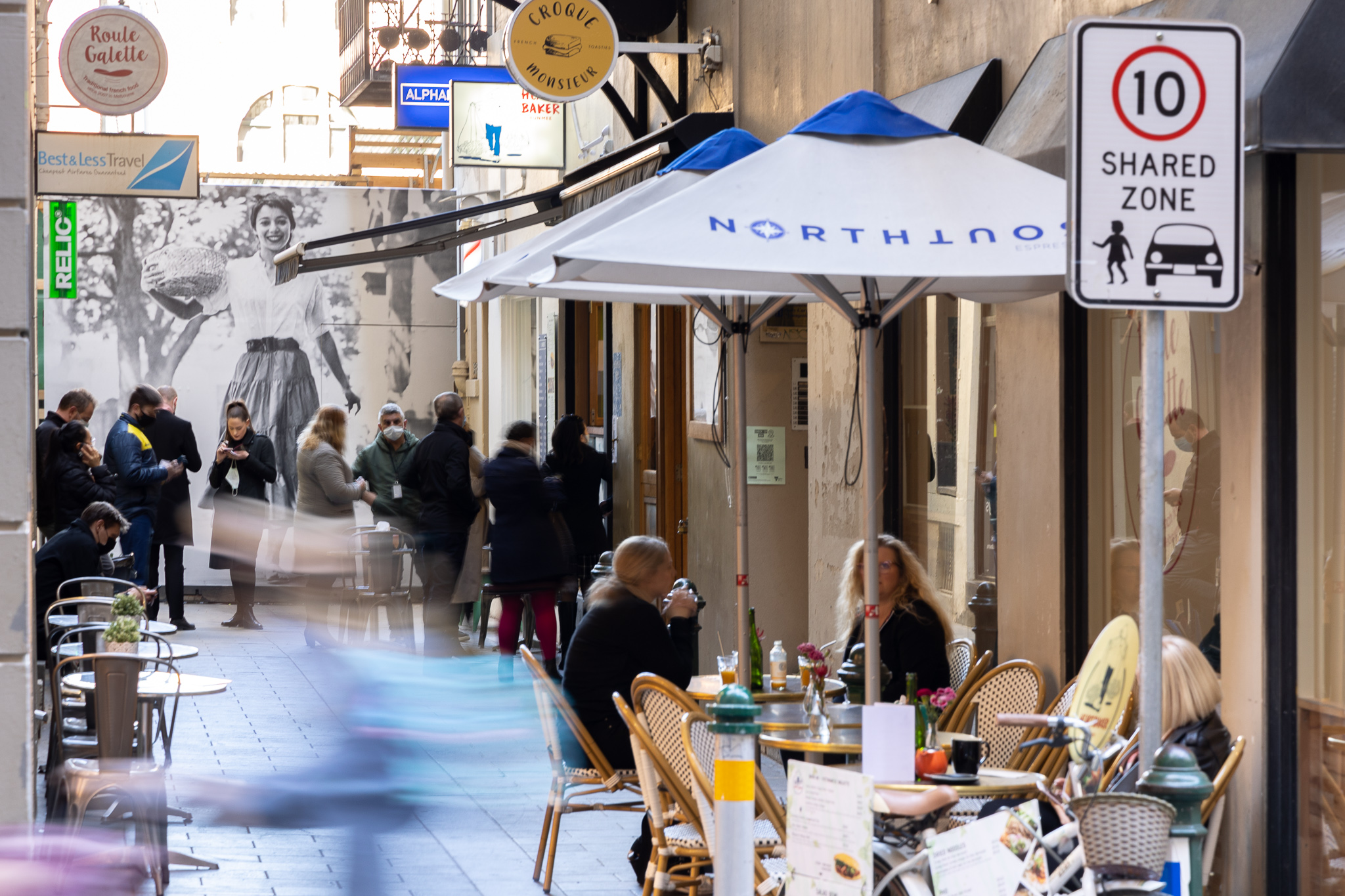 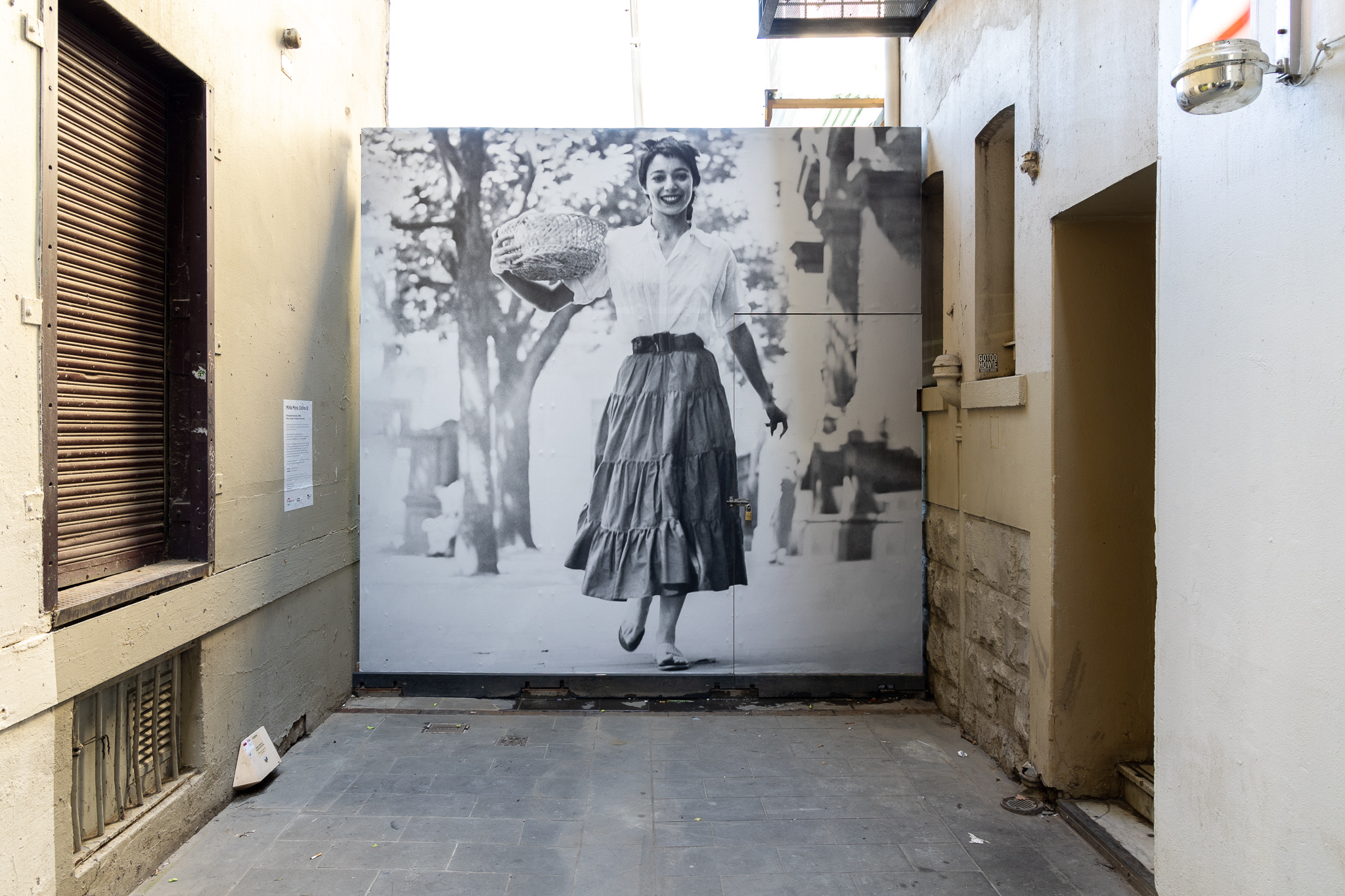 Mirka Mora touched Melbourne through her love of life, family, fashion and food. This image shows Mirka walking down Collins Street, where she had both a studio and a home.

Before immigrating to Australia, Mirka experienced the horrors of the mass arrest of French Jews in Paris. She was released with her mother and sisters just days before they were to be sent to Auschwitz.

After arriving here, Mirka and her husband Georges left an indelible mark on Melbourne’s hospitality scene with the much-loved Mirka Café, Café Balzac and Tolarno Restaurant. Mirka’s legacy to the local art scene includes public works such as the Flinders Street Station mural and mosaic at St Kilda Pier. Her art adorns the collections of many museums and galleries in Australia and overseas.

In a retrospective of Mirka Mora’s life, the Jewish Museum of Australia is showing over 200 of her works until 19 December 2021.