“I incorporate the traditional lines of Gippsland into my paintings, and the cultural symbols of the Gunaikurnai people, such as lines, diamonds, circles and meeting places," says Ronald.

The grandson of Dulcie (Dolly) Mullet and Watson Pepper, Ronald Edwards Pepper is a proud Gunnai man. His family moved from Lake Tyers Mission to Morwell in the 1960s.

Since graduating from Federation University with a Bachelor of Visual and Media Arts in 2017, Ronald has completed several commissions and participated in numerous exhibitions in Australia and overseas.

Ronald primarily paints in acrylics on canvas, sometimes incorporating ochre into his work. He also enjoys experimenting with non-traditional materials such as neon and glow-in-the-dark paint. 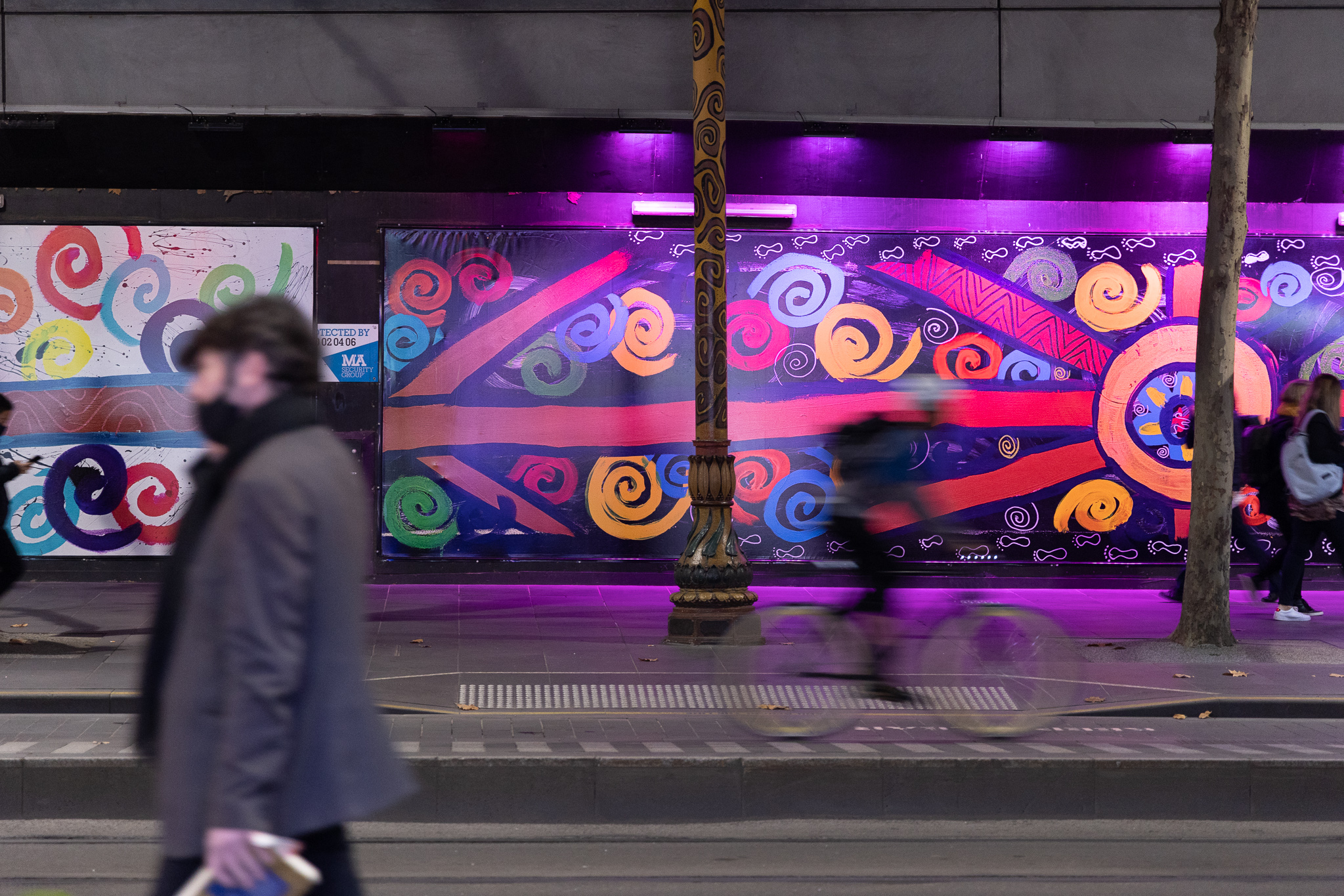