Will & Garrett Huxley: Wrap Your Troubles in Dreams

Inspired to create a glamourous, surreal escape from everyday life, the Huxleys' static fashion parade brings together a colourful collection of their abstract, impractical costumes. Their work hopes to bring a sense of freedom, a sense of humour and a severe sense of style to the sidewalk.

The Metro Tunnel Creative Program presented Wrap Your Troubles in Dreams on its construction hoardings at City Square and Scott Alley. The Huxleys brought the artworks to life with a pop-up runway and performance during Melbourne Fashion Week 2019. 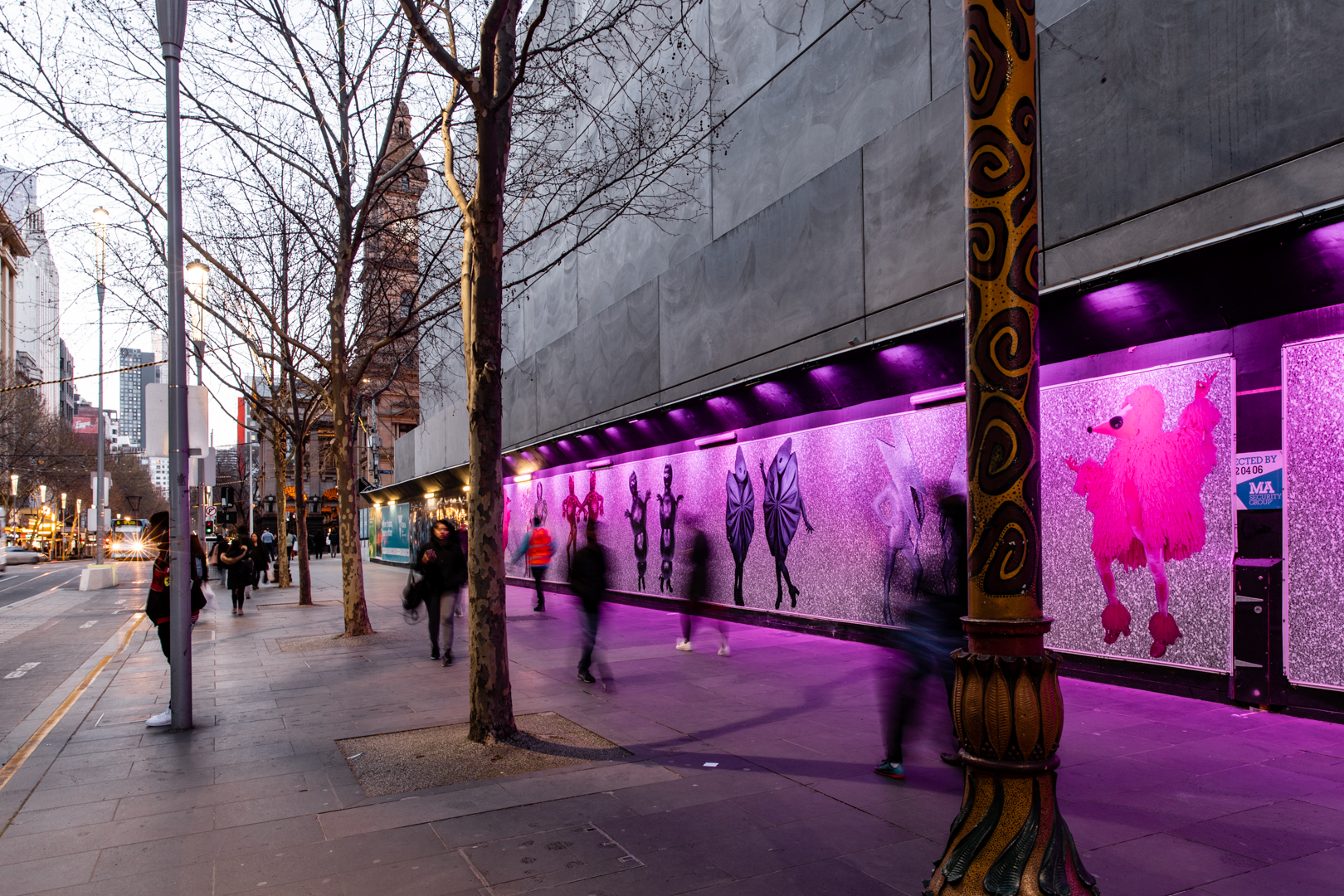 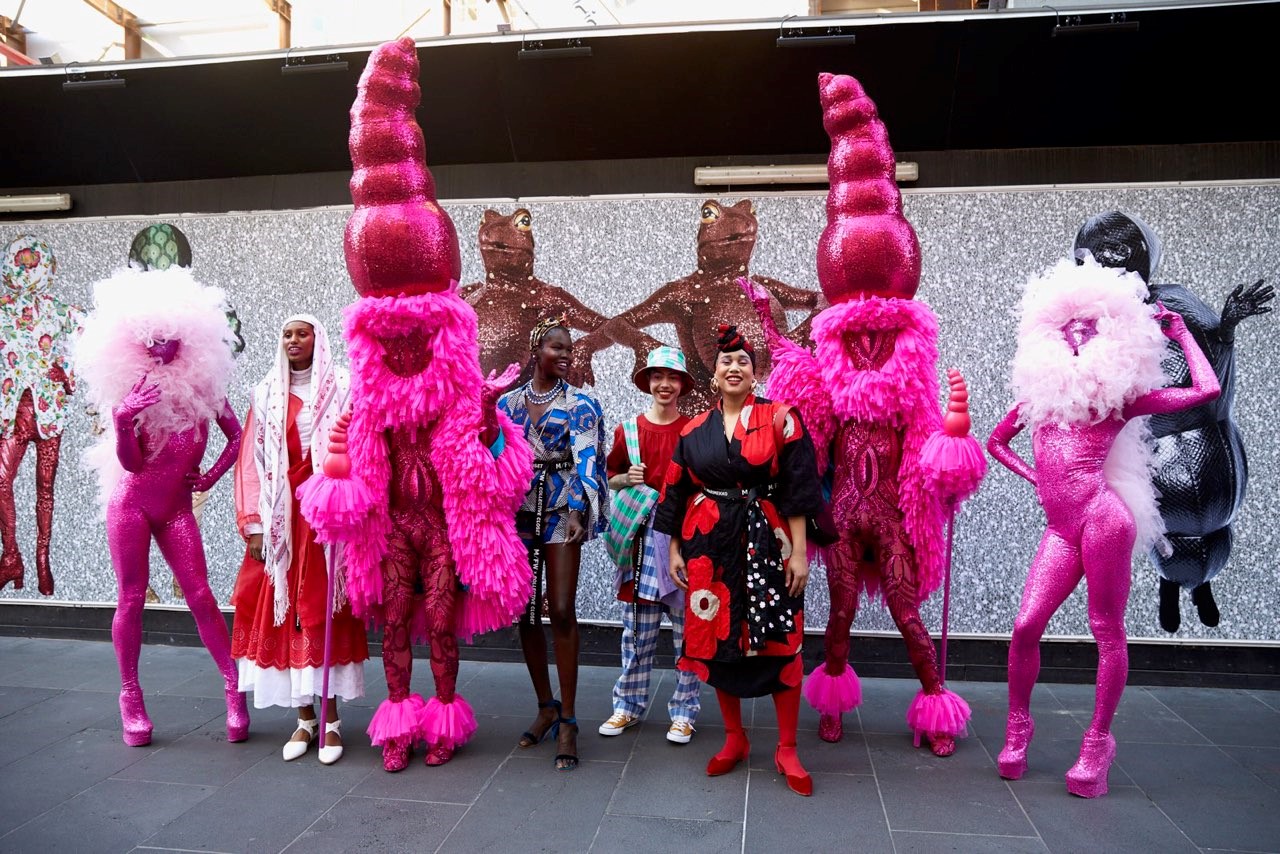 The Huxleys are a colourful cataclysm of camp theatrics. A visual assault of sparkle, surrealism and silliness. Working across performance art, costume, moving and still imagery, they saturate their work with a glamorous, androgynous freedom which aims to bring some escapism and magic to everyday life.

They have exhibited artwork in installations, fashion shows, performances, exhibitions and festivals across the world including in Tokyo, London, Berlin, New York, Hong Kong and around Australia.

They have been featured in Vogue Living, Vice Magazine, Oyster Magazine, The Age, Art Collector Magazine and part of a documentary series for ABC TV.

The Huxleys' artwork for the Metro Tunnel Creative Program was a finalist in the 2019 Premier’s Design Awards.