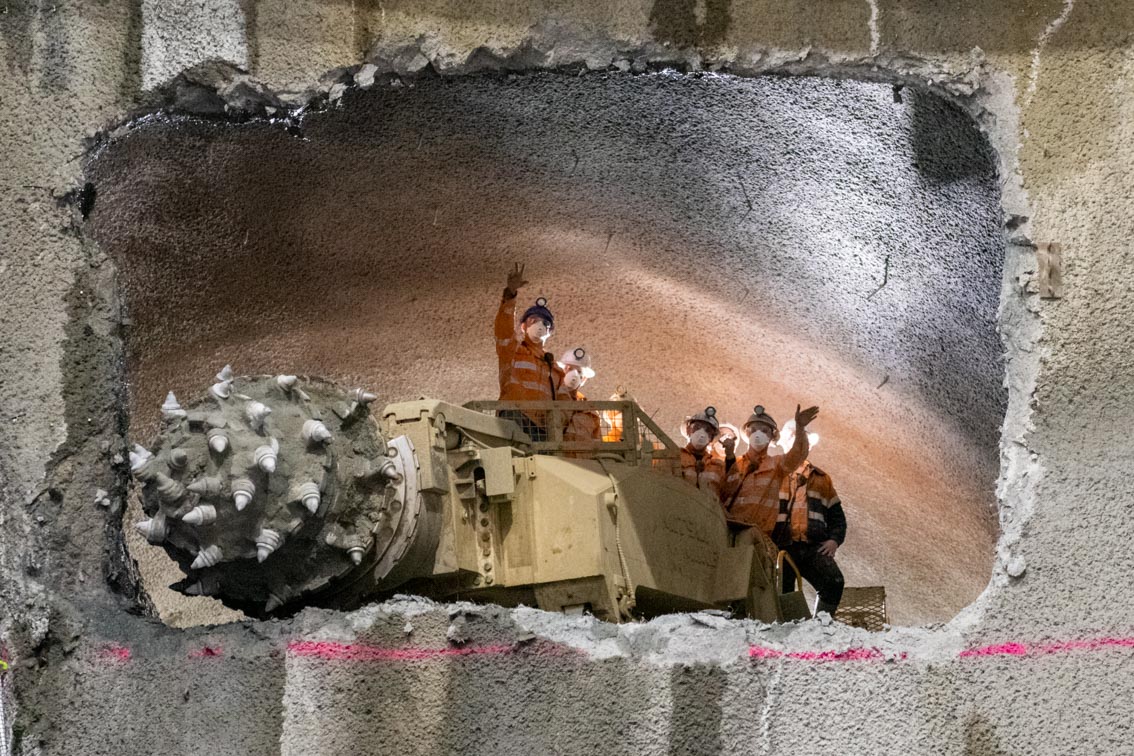 One of our massive roadheaders – giant drilling machines – has broken through at Town Hall Station to complete the first level of the rail tunnels that will run alongside the station’s platforms.

The roadheader will now dig down another seven metres to complete the tunnels, as major excavation for all five new underground stations heads towards the finishing line.

The Town Hall Station site will be longer than a city block and as deep as a five-storey building, housing a state-of-the-art station with direct underground links to Flinders Street Station, Federation Square and City Square.

More than 120,000 cubic metres of soil and rock has been dug at the site by three roadheaders – enough to fill 48 Olympic swimming pools – with excavation at the station now more than 75 per cent complete.

The finished station will run to a depth of around 33 metres below street level, with its platform level at 27 metres below ground.