In mid-2019, two tunnel boring machines (TBMs) were assembled at the Arden Station site and launched separately to tunnel towards the western tunnel entrance at Kensington.

Before the TBM’s cutterhead 'broke through' into the retrieval shaft, the shaft was filled with water to balance groundwater levels while the TBM constructed the final section of tunnel. In February 2020, the first TBM, Joan, arrived in Kensington and the second TBM, Meg, arrived in March. The water was then drained and the TBM retrieved. Water was then pumped back to the water treatment plant at Arden Station site via the TBM.

The rear (gantry) sections of the TBMs travelled back to Arden Station through the constructed tunnel, and the rest of the oversized pieces were transported back at night by truck. The TBMs were then relaunched towards Parkville. 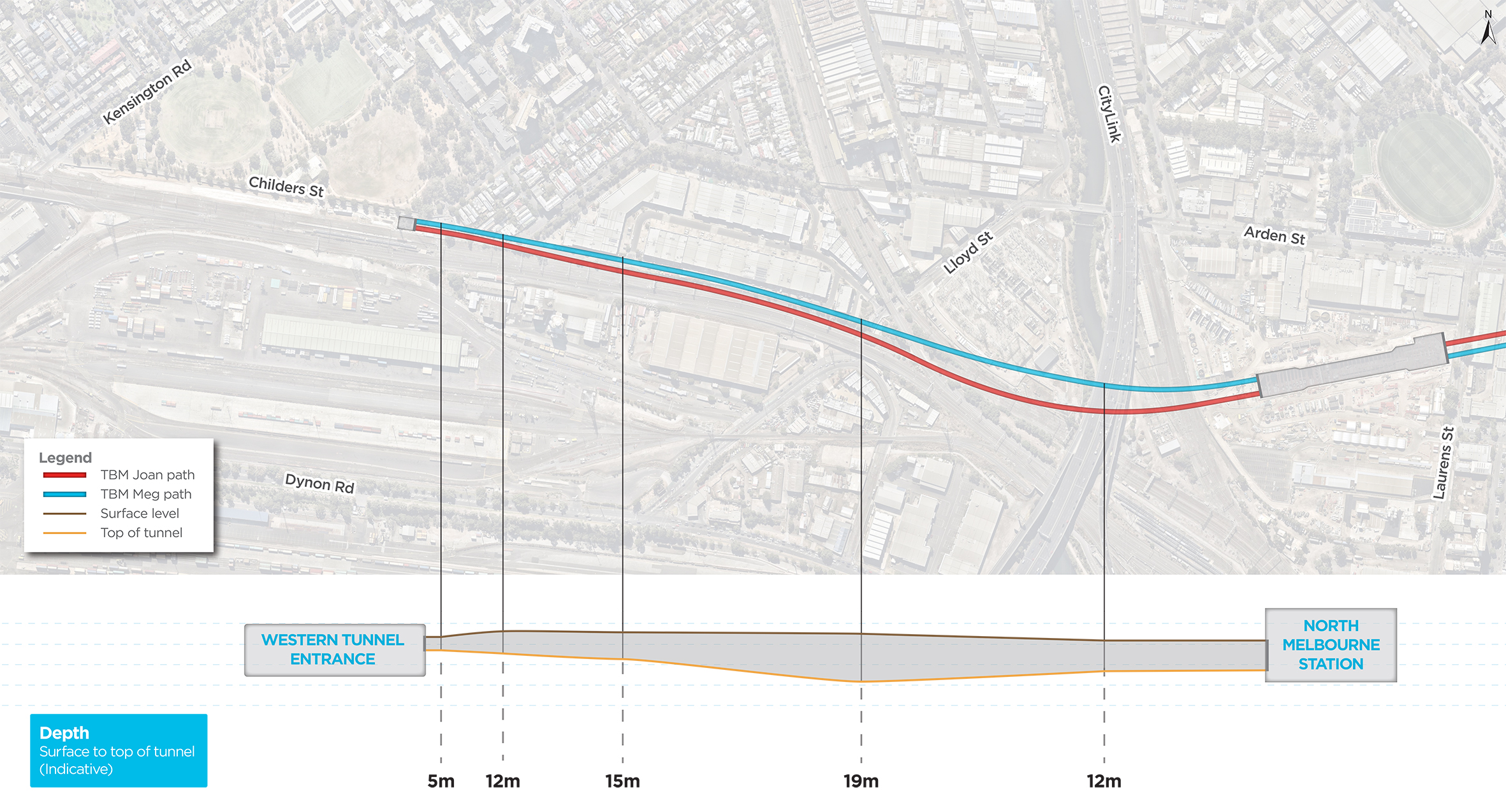 In mid-May 2020, TBM Joan launched from the Arden Station site to tunnel towards Parkville, followed by TBM Meg in June. Joan broke through at the Parkville Station site in late August, while Meg arrived in September 2020.

The TBMs were transferred on steel rails with hydraulic ramps through the station box. Two launch frames were set up at the eastern end of the station box to assist the TBMs in breaking through a ‘soft eye’ (reinforced with fibreglass rather than steel) to begin tunnelling again towards the CBD. TBM Joan relaunched in October 2020 to begin tunnelling the one-kilometre stretch from Parkville to the new State Library Station site. TBM Meg followed in November 2020 to tunnel the parallel route.

TBM Joan was relaunched in February to tunnel towards the Town Hall Station site. TBM Meg followed in March 2021 digging the parallel tunnel.

TBM Joan broke through at Town Hall station in April 2021, with Meg following shortly after in May 2021. Meg's breakthrough marks the conclusion of tunnelling for the Metro Tunnel.

At the future Anzac Station in the Domain Precinct, TBMs Millie and Alice were assembled in the station box and launched separately to tunnel towards the new tunnel entrance at South Yarra. Millie was launched in April 2020, with Alice following in May.

TBM Millie arrived at South Yarra in September 2020, while TBM Alice broke through in October. 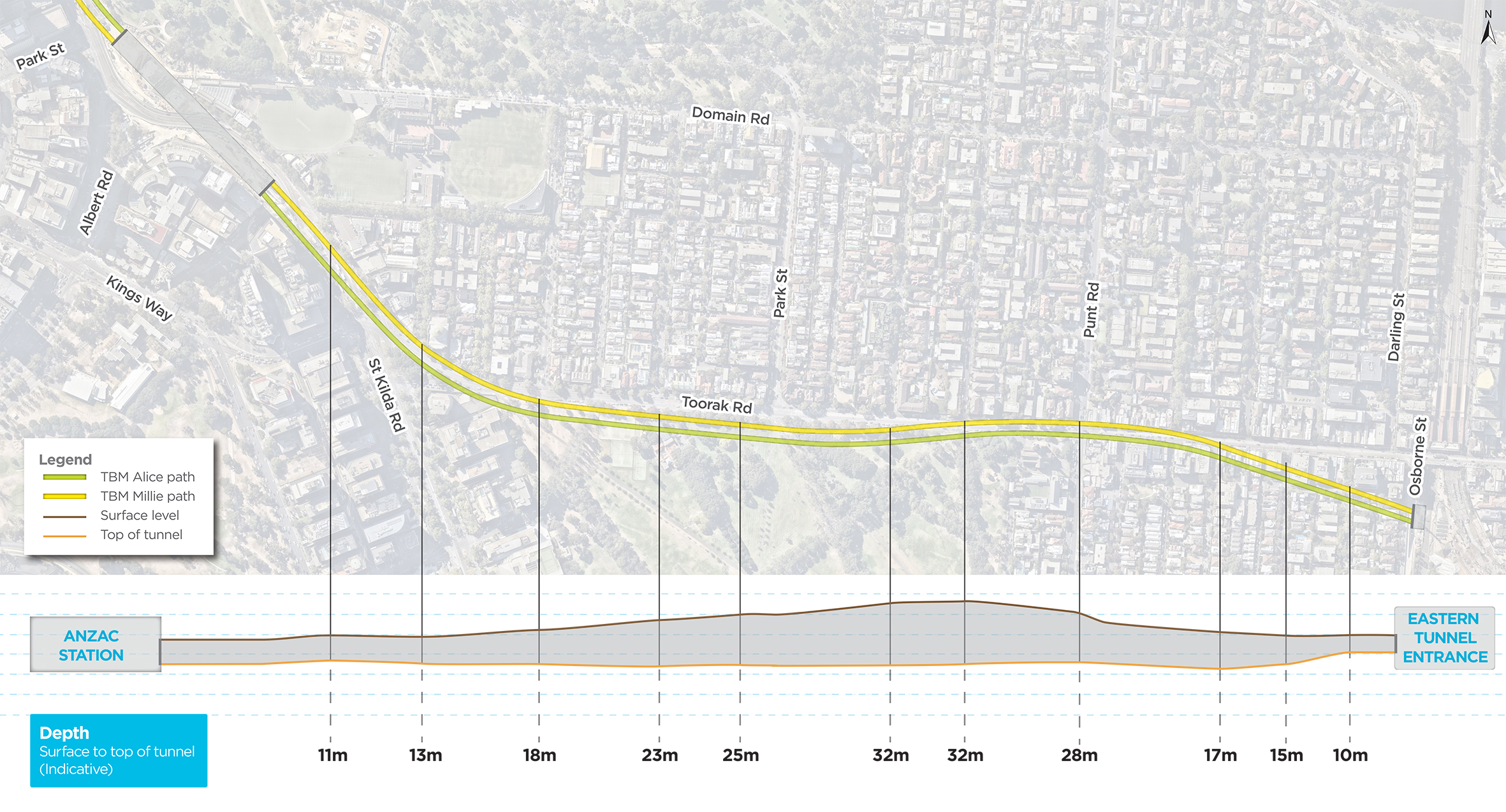 TBM Millie successfully tunnelled under the Yarra, breaking through at Town Hall Station in late March 2021 with Alice following in May 2021. These milestones marked the completion of tunnelling for Millie and Alice.