Parkville Station will be on the doorstep of Victoria’s world-renowned education, health and research precinct. The Metro Tunnel will enhance access to The University of Melbourne and facilities such as The Royal Melbourne Hospital, The Royal Women’s Hospital and Peter MacCallum Cancer Centre.

It will provide a direct train connection to the area for the first time and relieve pressure on local trams and roads. 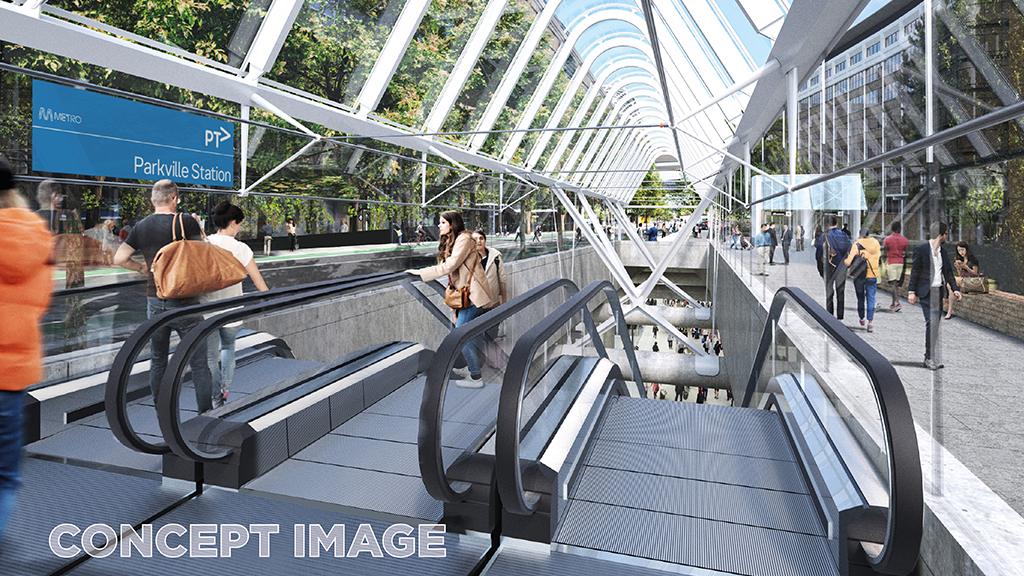 Parkville Station will be built directly below Grattan Street between Royal Parade and Leicester Street and will have four entrances.

Two further entrances will provide direct access to the hospital precinct on the western side of Royal Parade, with one entrance located outside Peter MacCallum Cancer Centre and the other located on the doorstep of The Royal Melbourne Hospital. 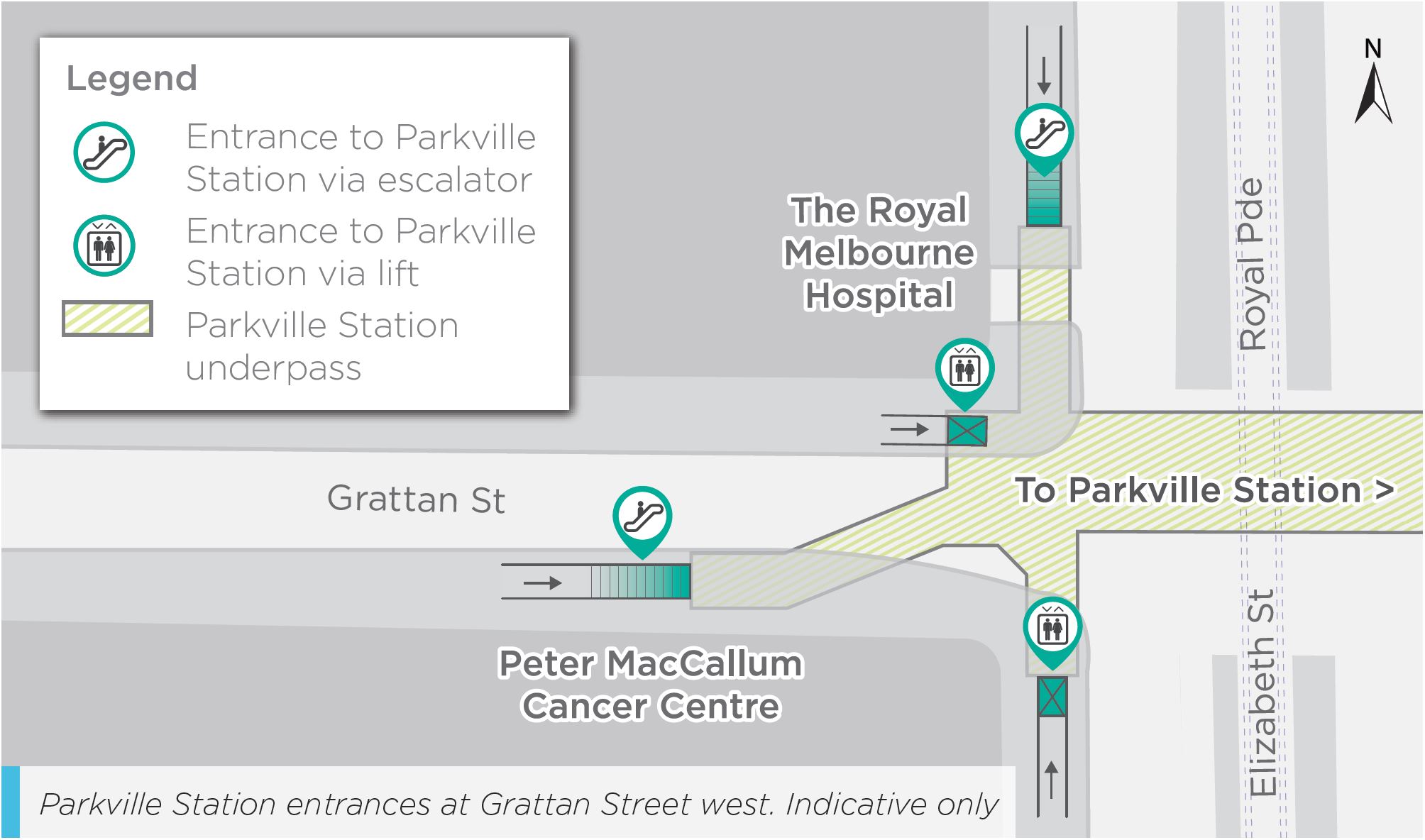 Design of the new Parkville Station precinct will transform Grattan Street into a ‘grand promenade,’ sitting amongst some of Victoria’s most prominent institutions.

The main station entry, on the northern side of Grattan Street outside The University of Melbourne, features a 50 metre long glass and steel canopy to draw natural light into the station concourse. The entrance has been designed to sit within the tree canopy to blend in with the surrounding environment.

Natural light is also maximised in the concourse via light wells that allow light to penetrate from the surface to the station below. 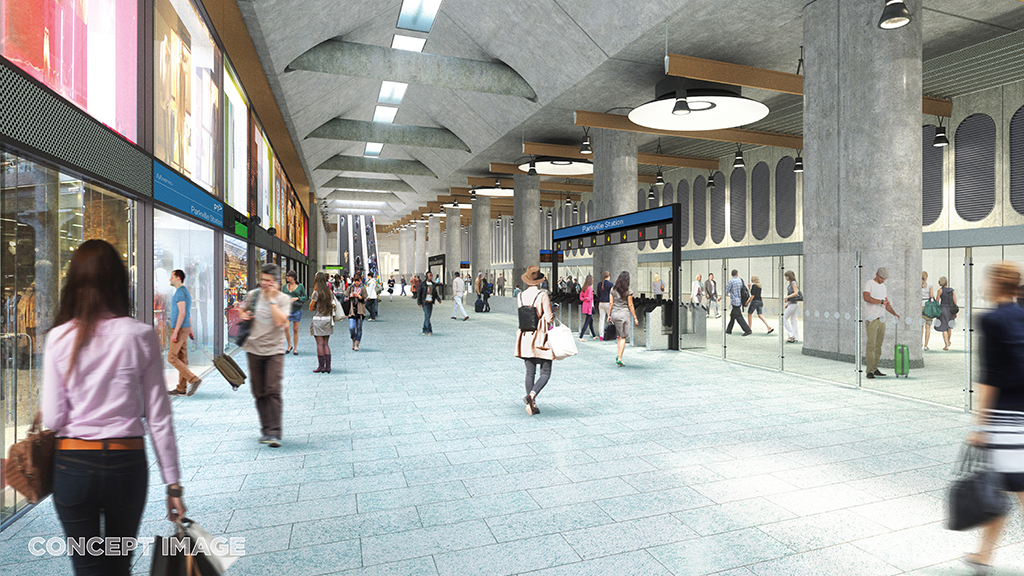 A reconfigured Grattan Street will have one lane of traffic in each direction to allow for wider footpaths and dedicated bicycle lanes, linking the precinct’s medical and educational institutions. The street will be landscaped with new trees and low-height landscaping to provide a green link between Royal Parade and University Square.

Getting to and from Parkville

The broader Parkville precinct is currently serviced by 11 tram routes and six bus routes. Station precinct features will include: The new station precinct will create 3,500 square metres of new public space through the reconfiguration of road space.

Grattan Street will be transformed into a grand promenade with a dense tree canopy to provide shade and wind protection.

Barry Street will remain closed to traffic at Grattan Street and landscaped to create a new public space that helps facilitate the broader vision for an upgraded University Square. The Barry Street space will be pedestrian and cycling friendly, and will include a series of ‘garden rooms’ for social gatherings and a dense tree canopy.

The new station precinct will sit within a broader network of other parks in the area including Lincoln Square, Royal Park, Argyle Place and the Carlton Gardens.

The location of the station entrances has been designed to reduce visual and physical impacts on nearby heritage places, such as the Gatekeeper’s Cottage, Vice Chancellor’s Residence and Royal Parade. Tree planting on Royal Parade will be in accordance with the heritage character of this grand boulevard.

Find out more about Parkville Station