The new platform is now open at West Footscray Station.

Platform 1 can now be accessed for city-bound services via the concourse by taking the ramp or new lift down to the platform, or the new stairs on Cross Street

Providing an additional platform for Sunbury line trains allows for an increase in the number of services and help ease overcrowding at West Footscray, Middle Footscray and Footscray stations during the morning and afternoon peaks. The new platform also enables trains to start and finish services at West Footscray.

The works at West Footscray involved realigning regional, suburban and freight tracks, construction of new tracks and turnbacks (to enable trains to change direction), a third passenger platform and alterations to the existing station concourse.

The Rail Infrastructure Alliance (RIA), which comprises Rail Projects Victoria, Metro Trains and a consortium of CPB, John Holland and AECOM, constructed the new platform and track at West Footscray.

As part of the planning process for these works, RIA prepared two Development Plans which set out the scope and extent of the built form and urban design around the Metro Tunnel Project’s works at West Footscray station.

The Western Turnback Stage 1 (Rail Works) Development Plan set out required upgrades to rail infrastructure such as signalling and overhead wiring, access to the site such as temporary piling pads and rail crossings and initial modifications to the existing pedestrian and bicycle overpass.

The Western Turnback Development Plan – Stage 2 (Station Works) set out required surface works to construct the new passenger platform and additional track. It also outlined the functional layout and urban design proposed for the area at the end of construction.

The Development Plans involved engagement with stakeholders about the Western Turnback, including local and state agencies, local residents and businesses, rail commuters and the broader community.

The Development Plans were approved by the Minister for Planning. 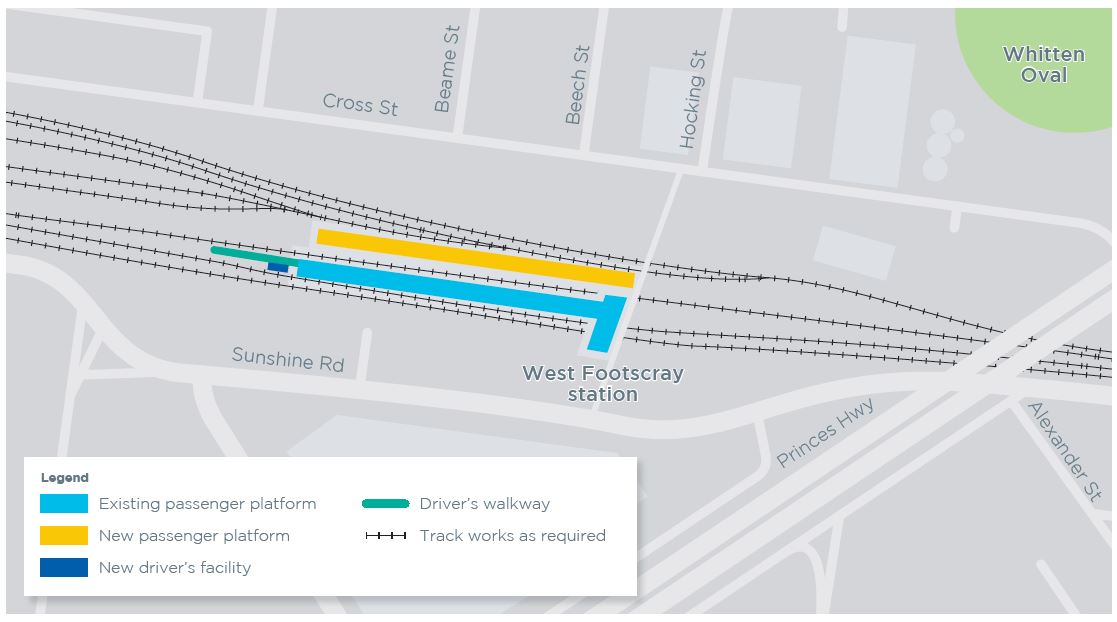