Traffic capacity was increased on Queensberry Street ahead of the closure of Grattan Street for Metro Tunnel construction to allow traffic to flow more efficiently through the north of the city.

Queensberry Street was widened to two traffic lanes between Elizabeth and Rathdowne streets giving road users heading east-west across the city an additional option to Grattan and Victoria streets.

The bike lane on both sides of Queensberry Street was retained, maintaining safe passage for cyclists.

The works saw 112 car parking spaces removed, primarily from the median strip between Rathdowne and Leicester streets. Most parallel parking was retained to ensure safe access to shops and residences. The existing 891 parking spaces in adjacent streets - within 100 metres walk of Queensberry Street - were also retained.

Works along Queensberry Street (between Lygon and Rathdowne streets) were undertaken within a Heritage Overlay (H01 and H0992). However due to the type of works proposed, no planning permit was triggered. 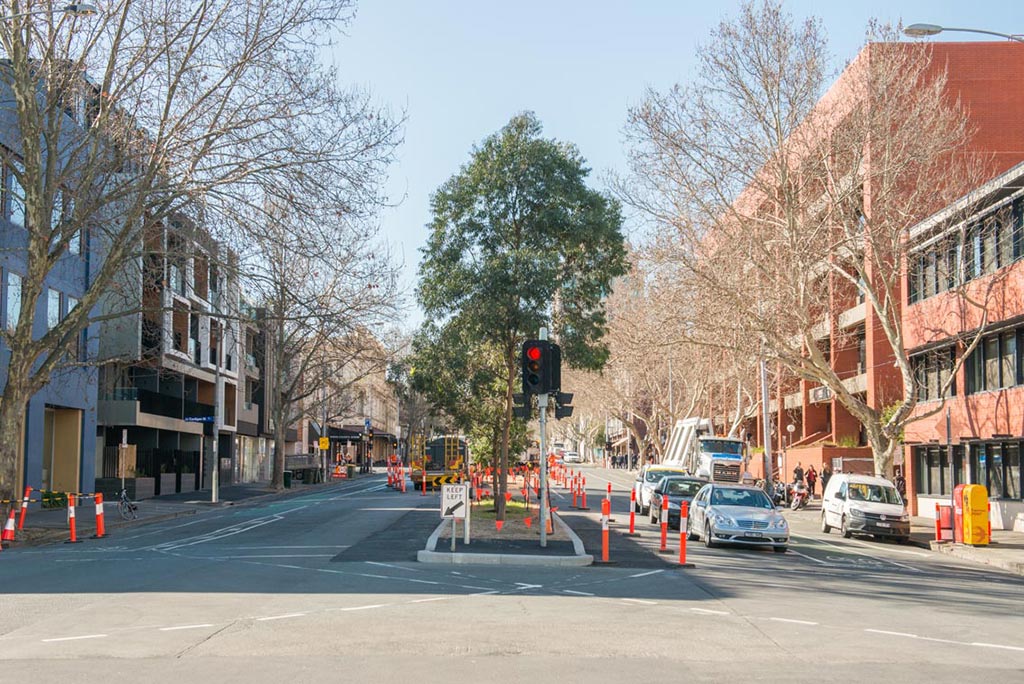